Last week revealed that ambivalence is the state of having mixed feelings or contradictory ideas about something or someone. Distinctly different, yet often confused, the word apathy describes a state of being free from those feelings, or perhaps from any feeling at all…

“There can be no transforming of darkness into light and of apathy into movement without emotion.”
― C.G. Jung

“Science may have found a cure for most evils; but it has found no remedy for the worst of them all — the apathy of human beings.”
― Helen Keller

Apathy comes from a Greek word apatheia and the Latin word apathīa, both meaning someone who is free from suffering and emotion (“without experience of, impassability, want/lack of sensation”). Many ancient Greek philosophers (i.e. the Stoics) once considered apathy one of the great philosophical virtues. In the 16th century, to have apathy was to suggest a positive quality in a person meaning they were “indifferent to what should excite,” and were able to detach from things they cannot control– a sort of internal peace. 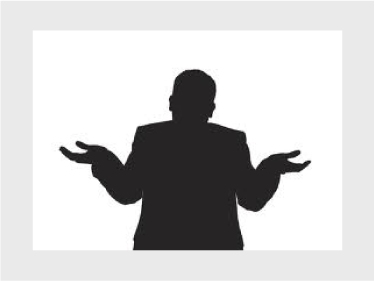 Modern contexts and connotations do not suggest that being apathetic is socially acceptable, much less encouraged. If anything, it might be a joke if used as a compliment. Being apathetic is tied to those who let life pass them by… who don’t seem to stand for anything, and let things happen as if they are nothing other than victims of fate. In today’s world, apathy might be a vice rather than a virtue.

Remember from last week, the word ambivalence is the combination of ambo- (“both sides”) and valeō (“vigorous, powerful”). By contrast, apathy is far from feeling the frustration of being tossed between two strong, perhaps conflicting, emotions. To feel apathy means you feel nothing– no pull, no frustration, passion, or conviction.
————————————————
Apathy is often simply the exhausted response to the discomfort, stress, and frustration of ambivalence.
See cognitive dissonance and the concept of flow. 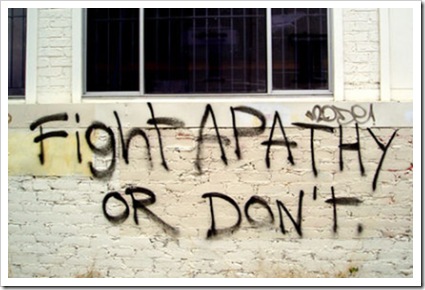 One thought on “…vs. apathy”