This characterization is used to describe those who assume themselves to be superior to others. It seems those who might mistake this description as a compliment are the truest to form.

“I see myself capable of arrogance and brutality… That’s a fierce thing, to discover within yourself that which you despise the most in others.” –George Stevens

“Arrogance on the part of the meritorious is even more offensive to us than the arrogance of those without merit: for merit itself is offensive.” –Friedrich Nietzsche

Looking back to the original usage of the word arrogance, it comes from the Latin word arrogāns (to assume something to oneself). In the late 14th century, it became arrogant (excessive pride in oneself, often with contempt for others) in Old French.

arrogance: exaggerating or disposed to exaggerate one’s own worth or importance often by an overbearing manner

-characterized by or proceeding from a sense of superiority, self-importance, or entitlement 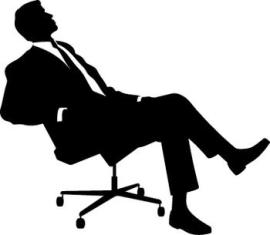 This word has become essentially interchangeable with narcissism. In psychology, this trait in its most extreme form characterizes a highly destructive mental condition, narcissistic personality disorder. In its most extreme, arrogance effectively describes the con-artist and the sociopath. The origins tell me that arrogance stems from an incorrect assumption about the superior value of the self and the inferior value placed on others.
Synonyms — presumptuous, conceited, haughty, brazen, condescending
Antonyms — modest, meek, humble

“I’m not a snob. Ask anybody. Well, anybody who matters.” -Simon Le Bon

For some further exploration, you might look into these…

One thought on “arrogance…”