To be described as “ignorant”, like arrogance, is seldom a trait to be proud of. Though this is not considered such an admirable characteristic, it may now (by its more modern definition) be more forgivable than it’s often confused cousin “stupidity.” But why might this be such an important distinction?

“If you think education is expensive, try ignorance.” -Gerek Bok

“Facts do not cease to exist because they are ignored.” –Aldous Huxley

(I really enjoy the quote database at goodreads in case you wanna take a look.)

The English word we know as ignorance derives from the 13th century Latin word īgnārus.
Breaking it down a little further, it really has two parts:

The most interesting connection I found was its somewhat obvious relation to the English word ignore. Initially, I had the idea that ignorance was more about a lack of experience or the ability to learn from those experiences… some form of disconnect from reality that is unintentional. But “to ignore” implies that there is something else going on. This leads to my overall conclusion that its Latin roots tell us the word ignorance was used to represent a “not knowing by choosing to ignore.”

What is being ignored? Reality? Common sense? Logic? If learning experiences occur, and the results are ignored, is this ignorance? It could be that the person is unable to take useful information from his experience, or that he refuses to do so.

This leaves me thinking it is unlikely that a person would choose ignorance, since gaining useful information is clearly advantageous. Maybe in some case it could be a greater advantage for a person to ignore new information than to integrate it or give up old, contradictory realities. I wonder, is ignorance a choice or a handicap?

At dictionary.com they simply added a few different nouns to their definition… 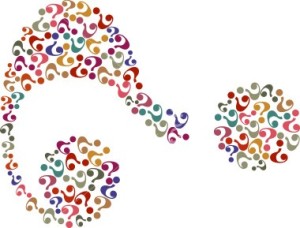 In most cases, isn’t there a huge discrepancy between the words inexperience and disregard?

For some further exploration and entertainment, you might look into these…

One thought on “ignorance…”